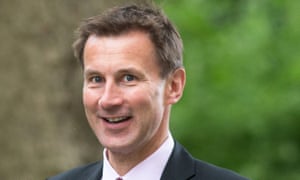 Frankie Boyle: The health secretary’s name is so redolent of upper-class brutality he belongs in a Martin Amis book where working-class people are called Dave Rubbish

Source: Jeremy Hunt doesn’t understand junior doctors. He co-wrote a book on how to dismantle the NHS | Frankie Boyle | Opinion | The Guardian

Sorry but I have been wanting to say this every time I SEE Jeremy HUNT,S NAME IN  PRINT.——-JEREMY   HUNT  YOU ARE A CUNT .

They have decided that 99% of all independent rural properties built after 1975 will be either DAFO  or illegal which will lead to eventual demolition – only 1% of properties will actually be legal. So even if you went through all the right procedures, used reputable lawyers and have all the right paperwork now, the Junta de Andalucia will reverse it and make your house virtually worthless. In other words, they have moved the goalposts yet again and retrospectively changed the law. Who says they won’t do it again and next time to coastal properties?

People need to understand that no matter how many lawyers you consult or how many checks you make, it means nothing, the property laws in Spain are  do not protect you.

Watch out for the so called looky kooky estate agents they have no quarks AND NO LICENCE OR QUALIFICATIONS. Selling you an illegal property giving you a load of blarney baloney.Take your money and gone . Then your new home becomes a pile of rubbish . NO WONDER THE COSTA DEL SOL IS KNOWN AS THE COSTA DEL CRIME. USE A CREDITED ESTATE AGENT. THE OLIVE PRESS CAN PUT YOU IN THE RIGHT DIRECTION.

what ,where is euro weekly news .nowhere it seems ahhhhh oh dear !

fact if the UK leave the EU the consequences will be dire for Brits in EU countries like Spain.

Is all criticism of Israel’s policies, and even its right to exist, racist?

Source: Why a British Fight Over Israel and Anti-Semitism Matters to the Rest of Us

Source: A New York bill penalizing boycotts is a threat to democracy. 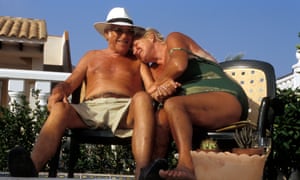 Surely any person going to work outside their country is an expatriate? But no, the word exclusively applies to white people

Source: Why are white people expats when the rest of us are immigrants? | Global Development Professionals Network | The Guardian

Hebrew University is deeply complicit in Israel’s abuses of Palestinians, including theft of land.

Source: Palestinians call for boycott of genocide conference in Jerusalem | The Electronic Intifada