Now, with the seizure of a Swedish boat in international waters, The New York Times can no longer ignore Flotilla III, the latest attempt to break Israel’s illegal blockade of Gaza. So we find a story today that ends the paper’s silence on this weeks-long saga that began in Gothenburg last month.

Times readers learned nothing of the Marianne and her three companion vessels as the international organizers of the flotilla announced their plans and gathered crews throughout the spring. Even when one of the boats was sabotaged last week or when a Palestinian member of the Knesset announced that he was joining the group, none of these events appeared in the Times.

Those who checked out The Washington Post, Newsweek, CBS Newsor Israeli media would have known that Flotilla III was on its way to Gaza, with the Swedish vessel approaching the strip and the others far…

check out update pippa jones 29,06,2015 to see the new improved bill padley  you will be amazed .

Israeli Arson Attack Burns Historic Lake Kinneret Catholic Church THOUGHT TO BE  THREAT TO THE POPES ACTIONS WITH REGARDS PALESTINE.”The treaty deals with essential aspects of the life and activity of the Catholic Church in the State of Palestine, while reaffirming support for a negotiated and peaceful resolution of the situation in the region,”

Vatican signs first treaty with State of Palestine
The Vatican has signed its first comprehensive treaty with the “State of Palestine” on Friday, thus recognizing its statehood.The historic accord inked on Friday at the Vatican Apostolic Palace is the first between the Holy See and Palestine since…
MIDDLEEASTMONITOR.COM.
MAURICE BOLAND WHAT HAVE YOU GOT TO SAY ABOUT THE POPE, AND YOUR FELLOW JEWS WHO AGREE WITH HIM .THE SILENCE IS deafening

Does this recent comment of yours apply to the pope and pro papel jews.if so why do you not say it  to “THE POPE WHAT A FUCKING Idiot. DOES ANYONE WITH AN OUNCE OF INTELLIGENCE LISTEN TO THIS IDIOT?

Anti-Christian Graffiti vandalizing Church of the Multiplication: “Their idols shall be destroyed”  (Reut Mishor)

Israeli media reports  that Jewish terrorists have set fire to the historic Church of the Multiplication (of loaves and fishes) near Lake Kinneret. The building was extensively damaged though the sanctuary only received smoke damage.  The Catholic Church stands in what once was the ancient village of Kfar Nahum (Capernaum), where Jesus plied his trade as a carpenter. 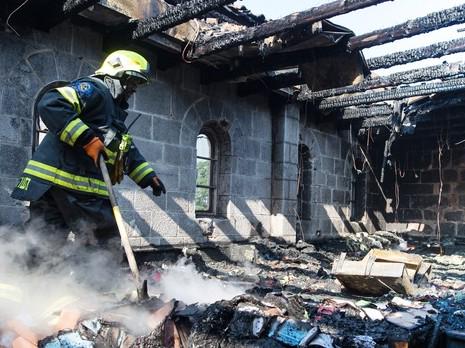 Israeli firefighter amidst ruins of church burned by Jewish terrorists

Besides the fire, the attackers vandalized the building by scrawling graffiti derived from a major Jewish prayer that lauds Jews for worshipping God and derides non-Jews for worshiping idols.  The phrase daubed on the wall was “their idols shall be destroyed.”  This prayer, whose language is virulently anti-Christian, is often used by anti-Semites to argue (falsely) that Jews innately hate Christians.  It appears these terrorists were seeking to make the anti-Semites point for them.

No Israeli media outlet will call this what it is: an act of terror.  It is a hate crime.  Just as there is anti-Semitism among non-Jews, there is both Isalmophobia and anti-Christian hate among many Israeli Jews.  Let’s not pretend otherwise.  Repeated national polls attest to this fact.

In any other country the assault would be dealt with severely.  It would not be tolerated.  In Israel, it’s not only tolerated–by refusing to investigate or punish the crimes, Israel only encourages them.  As I’ve often written here before, the Shabak doesn’t solve crimes of Jewish terror (except in extremely rare cases).  It may monitor such cells and try to foil their attacks if it can (though I’m even dubious about this).  But it never apprehends the terrorists, never punishes them.

Sanctuary interior: Church of the Multiplication in better days

The farthest Israel’s media will go is to say it is a “likely” act of arson.  No Israeli security agency will find the perpetrator.  And if they do, they will not try them.  And if they do try them, they will not imprison them.  And if they do imprison them, they will be pardoned by the president of the State.  My money is on no one ever being arrested at all.  This is the standard response (or non-response) to previous hate crimes against churches and mosques.  This crime is at best an annoyance for Israeli Jews.  They are only upset, if they are disturbed at all, because it gives Israel’s image a black eye before the world.

Can you imagine if a Palestinian exploded a bomb that destroyed the Kotel?  What would happen?  The State would turn itself inside out till it found the perpetrator/s and he’d either be shot dead on sight or spend the rest of his life behind bars.  Palestinian terrorists always do a perp walk for the TV cameras.  Jewish terrorists, rarely (because they’re rarely arrested or tried).  But, you see there’s a double standard for Palestinians.  Jews are born with a “get out of jail free card.”  Palestinians are born with a “shoot on sight” card.

Of course, the usual suspects (prime minister, president, etc.) will express their shock and horror.  They’ll promise the culprits will be brought to justice.  They claim this doesn’t represent the views of the mass of Israeli Jews.  But their subsequent inaction will speak volumes about their real views.

Turmoil hits the financial world as Greek banks are shut for a week, triggering a new phase of the eurozone crisis

Now ISIS brings its terror to Egypt AS WELL AS TUNISIA.

ISIS release new video showing a drive-by execution of judges in Egypt
The brutal video comes just hours after a devastating car bomb injured one of Egypt’s top prosecutors, Hisham Barakat.you the tourist could be next.

-SPAIN SUN SEA SAND ,TINTO DE VERANO,SAFE, SECURE , NATIVES, HAPPY FRIENDLY HOSPITABLE.GOOD VALUE ,Why go elswhere and get shot at , banks closed at a moments notice .Have faith in the only true religion,the spanish people they care about you and want you to be happy and enjoy their beautiful country.

Israel has boarded and taken over a vessel attempting to break the blockade of the Gaza Strip, officials said.

In a statement the Israeli army said on Monday that it did not use force in redirecting the main boat Marianne to the Israeli city of Ashdod.

Petros Stergiou, a spokesperson for the flotilla, told Al Jazeera that organisers lost contact with the Marianne at around 2am local time on Monday morning, as three military boats approached.
“What we learned is that the Israeli navy attacked the Marianne around 100 nautical miles from the shore of Gaza,” Stergiou said.

“They said they could see three military boats approaching them that had identified themselves as being military.

“Once again, the Israeli government and its military has acted like state pirates and attacked our boat in international waters.”

Israeli army spokesman Peter Lerner said the seizure of the ship was “uneventful” and it would now be escorted to Ashdod in southern Israel.
Israeli Prime Minister Benjamin Netanyahu commended the Israeli navy for detaining the passengers on the ship.

“This flotilla is nothing but a demonstration of hypocrisy and lies that is only assisting the  terrorist organisation and ignores all of the horrors in our region,” Netanyahu THE NEO FACIST ZIONIST PRIME MINISTER  said.

In a similar bid to break the blockade in 2010, a pre-dawn raid by Israeli commandos on the Turkish ferry Mavi Marmara killed 10 Turkish activists.

In 2013, Israel apologised for “operational mistakes” in the raid. A compensation deal is still being negotiated between the two countries.

Israeli soldiers and officials who took part in the attack are being tried in absentia in Turkey for war crimes.

Several attempts since have been thwarted, but without bloodshed. 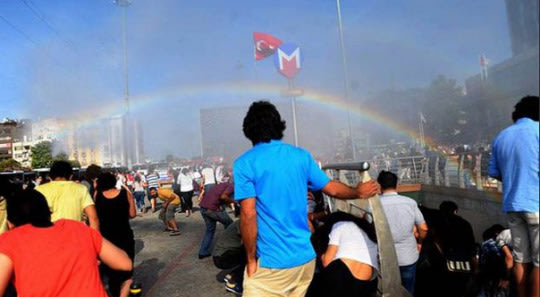 From Monday to Friday on 107.6 FM Rtvmarbella The Program Mi Marbella with Nicole King from 15.30 pm-in addition to informative and fun is ideal to practice English and meet the international community from ‪#‎marbella‬ – new business opportunities and events in order to have a good time.
http://www.rtvmarbella.tv/…/33-ma…/2840/marbella-now-32.html

Mi Marbella with NICOLE KING,MS MARBELLA THE QUEEN OF MARBELLA TOWN ,NOT FORGETTING ,THE ONE AND ONLY MR MARBELLA JOHNNY GATES KING OF THE GOLDEN MILE.
News Personality · 841 Likes

‪#‎MarbellaNow32‬ already available on-line from the following link – Johnny Gates and Mi Marbella with Nicole King guests include Yanela Brooks,Kristina Szekely and Peter Wicke to name but a few…starting off with great footage and interviews from ‪#‎SanJuan2015‬ in San Pedro Alcántara (San Pedro de Alcántara) with some of ‪#‎Marbella‬‘s superstars.

We both just want to say thank you for watching ‪#‎MarbellaNow‬, thank you for your support and a big thank you to the team that makes it possible, in front of and behind the scenes… you’re all amazing… thank you Mr Marbella y Ms Marbella

We see what we want to see.

(Those 7 small words explain everything.)

Whether it’s the Pope’s Encyclical on Care for Our Common Home, or the U.S. Supreme Court’s decision about Same-Sex Marriage, or the Report of the Independent Commission of Inquiry on the 2014 Gaza Conflict, we read them with our own biases and expectations, finding exactly what we thought we would find in each.

The psychologists call it confirmation bias.

Pope Francis is either meddling in politics, or he’s the best thing since sliced bread. Justice Kennedy and four of his breathren on the bench who ruled that same-sex couples have the right to marry, have either