This is further research relevant to my post on [1] Ty Mawr Childrens Home  [9] and backs up a couple of statements that were unsubstantiated in it, as well as giving more information.

It is some research on the authors of the Ty Mawr Report, which is clear was an obvious cover up of child sexual abuse. More research is obviously needed and I hope someone can advance that.

John McCreadie had been Sedbury Park School Headmaster and was not only violent himself but presided at Sedbury at a time when there was massive child sexual abuse.

The other, Gareth Williams was a QC who, before he carried out the Ty Mawr Report defended a man who conspired with child abuser Jeremy Thorpe to murder a man, and then the barrister went on to represent notorious child rapist Policeman Gordon Anglesea in his libel trial after he was called…

The Report into Community Home, Ty Mawr was either completely incompetent or a cover up of child sexual abuse. Police investigations a few years later showed up how totally inadequate it was.

John McCreadie had been Sedbury Park School Headmaster and was not only violent himself but presided at a time when there was massive child sexual abuse.

The other, Gareth Williams was a QC who, before he carried out the Ty Mawr Report  defended a man who conspired with child abuser Jeremy Thorpe to murder a man, and then the barrister went on to represent notorious child rapist Policeman Gordon Anglesea in his libel trial after he was called out for being a child sexual abuser. The QC…

once again Cathy great work. , it is not only prevalent in the scout movement. in Spain costa del sol it is a hotbed of corruption and crime but show biz the likes of the music profession DJs several have committed acts of child abuse, grooming 15 /16-year-olds with promises of fame and fortune.max Clifford convicted child abuser was one of them one of many it would seem in marbella and all other parts of the costa del sol or to give it its correct title the costa del crime .

This is an unfinished post that contains research and many links on Scouts abuse, mostly UK, a few Irish and a few US. It’s better published than not, even in an unfinished state. It contains a partial timeline to the end of 2017 and links, which may be useful to others researching child abuse in the scouts.

this information was too hot to handle but not for you Cathy you go where lesser mortals fear to tread.

In the late 1990s the FBI, the Department of Justice and the Bill Clinton White House ran a huge illegal covert investigation intended to find information with which they could use against Republicans by blackmail or other means.

The White House held meetings and got what they needed, including cover and justification, with Attorney General Janet Reno and FBI’s Director Louis Freeh, both their own hand-picked and appointed people.

They found incriminating information on not just Republicans but Democrats, officials and Judges amongst others. Some of this was sexual scandals and some was child sexual abuse.  Some of this information was used for partisan purposes but with criminality across the political divide it proved too hot to handle and was dropped as quietly as possible.

This Cointelpro II (COunter INTelligence PROgram) does not appear to be widespread knowledge.  Nor is it widely known that there is much intelligence that should…

Just a few thoughts on the Panorama Programme and interview with Virginia Giuffre, which is available on this link for 12 months.

There could have been some thoughts of not showing the interview, just like Disney / ABC covered up their interview with Virginia for 3 years but the delay may have been due to the BBC efforts to get an interview with Prince Andrew. Virginia’s interview was always going to get more viewers after a Prince Andrew one, rather than before.

THE TRUTH WILL OUT AND CATHY YOU ARE THE ONE TO OUT THEM.

Nazis frequently come up with regard to mind control, MK Ultra and child sexual abuse. This is not surprising, as the Nazis experiments, and their subsequent continuation via those scientists being transferred to other countries, eg Operation Paperclip in the US and Operation Matchbox in Australia led to further development and experimentations often on innocent child victims in and of the public, catholic church, mormon church, freemasonry, illuminati familes, CIA and the cabal, in their variations of mind control and targetted individuals. 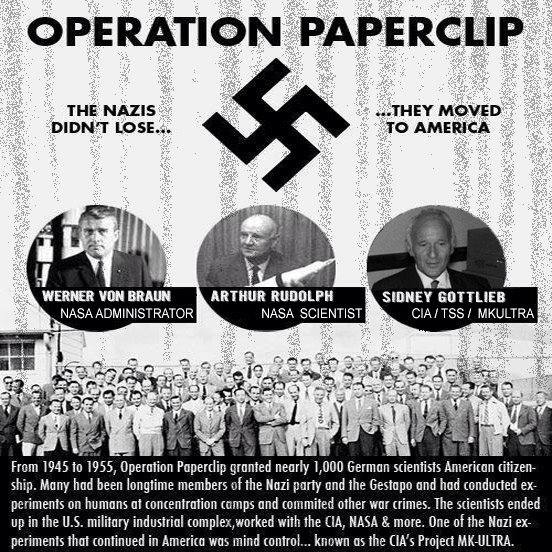 Cathy O’Brien, Brice Taylor, Kathleen Sullivan, Fiona Barnett and Svali, all victims of mind control, have mentioned Nazis and so I have chopped together quite roughly most instances of where they mentioned them in their books or writings,  so that they can be read in relation to each other, as a digital research resource

The context can be more clearly seen in their books…