OTHER NEWSENVIRONMENTANDALUCIAMALAGAEXCLUSIVE: British expats left without water for a MONTH in Malaga ‘at risk of Legionnaires disease’By Laurence Dollimore (News Editor) – PUBLISHED – 31 Aug, 2017 @ 14:44 LAST UPDATED: 31 Aug, 2017 @ 14:44 0SHAREtweetDRIED UP: ColmenarDOZENS of expats have been left without water in stifling conditions for almost a MONTH.The residents in Colmenar, in the Axarquia, have been forced to stock up on water bottles or fork out thousands of euros on water tanks thanks to the dwindling water supply.British expat Malcolm Coxall, 62, now fears the searing summer temperatures has left stagnant water a hotbed for diseases such as Legionnaires.“It’s the perfect storm,” the former IT technician told the Olive Press. “The water left sitting in pipes for 24 days is no longer chlorinated and the bacteria forming could contaminate domestic water systems once the water returns. “It’s a serious health risk.”According to Coxall, it’s the second time this year the area has been left without water, having suffered without it for three weeks in June.There are also fears it could impact tourism in the area.“Much of the village’s tourism is based on rural and residential tourists and these visitors and residents are mostly in the countryside,” explained Coxall-“The village has only 20 hotel rooms, whereas the campo has several hundred houses, many of which are occupied by tourists during the summer.”He added that Colmenar town hall had provided no information about plans to restore water supply or give reasons why the supply is affected.“Statements about blocked pipes usually turn out to be incorrect or, at best, avoidable.“The lack of communication is causing anger.”Colmenar mayor Pepe Martin Garcia told the Olive Press: “We are working to fix the problem and should have water restored within the first 15 days of September.“There will then be less demand and the deposits will have gone up again.“We are also planning on replacing the piping, where there is a blockage.”He added that the total cost will be around €30,000.

another example of the care and attention you get on the ccosta del sol brits going down with legionaires desease.

When and how will Israel be held accountable for war crimes committed during its 51-day Operation Protective Edge in 2014?  The operation killed 2,251 Palestinians, the vast majority of whom were civilians, including 299 women and 551 children. The operation also caused massive destruction to 18,000 homes and other civilian property, including hospitals and vital infrastructure.

Most of the destruction and damage has not been repaired in the past three years. Neither has any serious investigation been conducted.

Two legal NGOs in Israel — Al Mezan Center for Human Rights and Adalah — have been absolute bull dogs, pushing the Israeli authorities to comply with their responsibilities under International Humanitarian Law (IHL) and International Human Rights Law (IHRL). For the past three years, they have submitted petitions, complaints, claims and every manner of documentation to press for justice for the victims of Operation Protective Edge. To no avail.

IHL and IHRL require Israel to…

queen of England looks less grumpy when she is trumpy, ah but he is more mean as a queen.

HERE YOU GO MAURICE AND GARY TWO OF YOUR FAVOURITE PEOPLE MELDED INTO ONE! 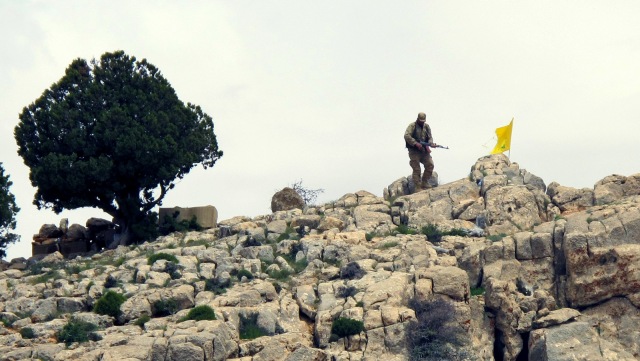 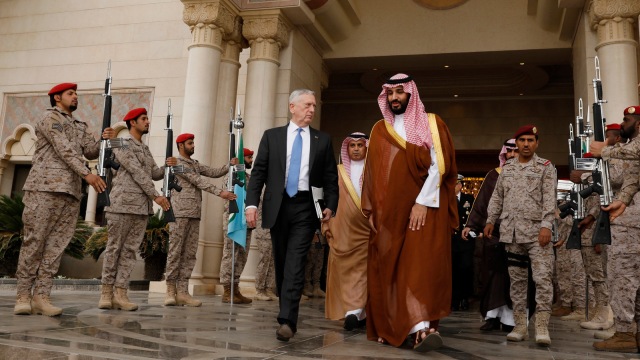 SYRIAAs Syria Nears Victory Against Rebels, Israel Begins To PanicMeddling by the U.S. and its allies was supposed to topple the Assad regime in Syria and give Israel a freer hand, but instead has brought Iran and other adversaries to Israel’s border, a risky moment. August 23rd, 2017By Daniel Lazare3 CommentsFacebookTwitterSkypeRedditEmailMore2.3KThere’s a rumor going around that the Syrian civil war is finally winding down and that the Baathist government is nearing its goal of driving out thousands of ISIS-Al Qaeda head-choppers financed and supplied – directly or indirectly – by the U.S., Turkey, Saudi Arabia, and the other Persian Gulf oil monarchies it would be good news if true. But most likely it’s not. While one stage in the Syrian conflict is coming to an end, another is beginning, and this time the results could be even worse.The reason is Israel, until now the odd man in the latest Mideast wars. Despite intervening sporadically on the rebel side in Syria, the Jewish state generally held itself aloof from the conflict in the belief that events were breaking its way regardless of whether it stepped in or not. After all, why go to war when your enemies are doing a fine job of tearing each other apart on their own?  With President Bashar al-Assad expected to step down eventually, Israel figured that it only had to wait and watch as a hostile regime collapsed under its own weight as it thrashed about unable to restore order to Syria. Never in the Arab-Israeli hundred years’ war had Israel seemed stronger and the Arabs weaker and in greater disarray.Related | ExxonMobil, Kochs, Israel Pushing Washington To Partition Iraq And Syria but then the unthinkable happened. Assad not only survived but prevailed. Backed by Russia, Iran, and the Lebanese Shi‘ite militia Hezbollah, he has bottled up Al Qaeda in East Ghouta and Idlib province in the extreme northwest and is racing to lift ISIS’s siege on Deir-Ezzor along the Euphrates. If successful, the effect will be to clear a path straight through to the Iraqi border some 30 miles to the east.U.S. military enclaves may remain in the northeast and in the southern border town of Al-Tanf. But it’s hard to see how they’ll have much of an impact as the Damascus regime tightens its grip on the country as a whole. Israel Is OutragedA Hezbollah fighter stands on a hill next to the group’s yellow flag in the fields of the Syrian town of Assal al-Ward in the mountainous region of Qalamoun, Syria. (AP/Bassem Mroue)Rather than making a wider war less likely, the upshot is to make it even more. Having a bet on the wrong horse, Prime Minister Benjamin Netanyahu now finds himself facing a nightmare scenario in which Iran takes advantage of Assad’s winning streak to extend its reach from Iraq and Syria into Lebanon beyond. It’s not just a question of political influence, but of the emergence of a powerful Iranian-led military bloc.Eleven years after fighting a vicious 34-day war in southern Lebanon, Israel thus finds itself facing not only Hezbollah but the Syrian Arab Army, Iran’s Islamic Revolutionary Guards, and Iraqi Shi‘ite militias – all backed by Russian military might – in a front extending across its entire northern border. All are battle-hardened after years of combat, better armed, better led, and more self-confident to boot. Israel finds itself confronting a new threat that is many times more powerful than Hezbollah (or Syria) alone.Related | Fear And Trepidation In Tel Aviv: Is Israel Losing In Syria?Israeli consternation is not to be underestimated. One news outlet says the official attitude is one of “grave concern” while an anonymous government minister heaped blame on the U.S. for sacrificing Israeli interests: The United States threw Israel under the bus for the second time in a row. The first time was the nuclear agreement with Iran, the second time is now that the United States ignores the fact that Iran is obtaining territorial continuity to the Mediterranean Sea and Israel’s northern border. What is most worrisome is that this time, it was President Donald Trump who threw us to the four winds – though viewed as Israel’s great friend. It turns out that when it comes to actions and not just talk, he didn’t deliver the goods.”Netanyahu is meanwhile off to the Black Sea resort of Sochi to confer with Russian President Vladimir Putin while, in Washington, Israeli military and intelligence officials are meeting with top Trump officials such as National Security Adviser H.R. McMaster and special Mideast envoy Jason Greenblatt.Israel has also engaged in saber-rattling with regard to a missile factory that it says Iran is building in the Syrian port city of Baniyas. Gadi Eisenkot, the Israeli military’s chief of staff, said that stopping efforts by Iran, Syria, and Hezbollah to equip themselves with accurate missiles capable of striking deep inside the Jewish state “is our top priority.”Adds Avigdor Lieberman, Israel’s hard-right defense minister: “We know what needs doing 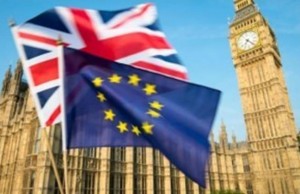 CAMPAIGNERS hoping to maintain existing citizens’ rights post-Brexit have blasted the Home Office after deportation orders were wrongly sent to up to 100 EU citizens in Britain.British in Europe and the 3 Million wrote to European Commission negotiators to voice concern at ‘UK maladministration’ as talks resume with the UK government in Brussels.‘CAN’T BE TRUSTED’: Home Office attacked over deportation lettersThey also called on European Commission negotiators to ‘focus closely on this issue’ during talks with Brexit Secretary David Davis.“If serious errors like this can be made whilst the UK is still administering a system based on EU freedom of movement rights, what is likely to happen when it is running its own system, having ‘taken control again’?” the letter reads.The 3 Million, which represents the rights of EU nationals in the UK, also announced it opposes the UK government’s offer of a new ‘settled status’ for EU citizens. The group is concerned the new category could affect EU citizens’ right to appeal to the European Court of Human Rights.“Recently, the UK drastically reduced the appeal rights of those affected by adverse immigration decisions, save in the case of EU citizens whose appeal rights were protected by European law,” said the letter.“Settled status would mean the application of complex UK immigration law procedures to all 3 million, the loss of their existing rights and no guarantees that serious errors, similar to the letters sent last week, won’t happen again.”