Hate kills. Racists, bigots, anti-Semites, you and I kill.

We may not put our fingers on the trigger, but we must shoulder some responsibility for these killings. Until we do, they will continue, just like clockwork.

The names and ages of the most recent victims, killed within days of each other, are circulating on social media. #WeWillNeverForget

But we will forget; most of us with no connection to the victims will not be able to remember their names this time next year.

Maurice E. Stallard (69) and Vickie Lee Jones (67) were both killed in Jeffersontown, Kentucky on Wednesday (October 24). Gregory A. Bush (51) has been arrested and the crime is being investigated as a hate crime. The innocent victims are black, the perp is white.

On Saturday (October 27), while praying in…

Each year the Israeli military arrests and prosecutes around 700 Palestinian children. 3 out of 4 of these children experience physical violence during arrest or interrogation.

Incredibly Amazon is profiting off these Palestinian children’s pain. 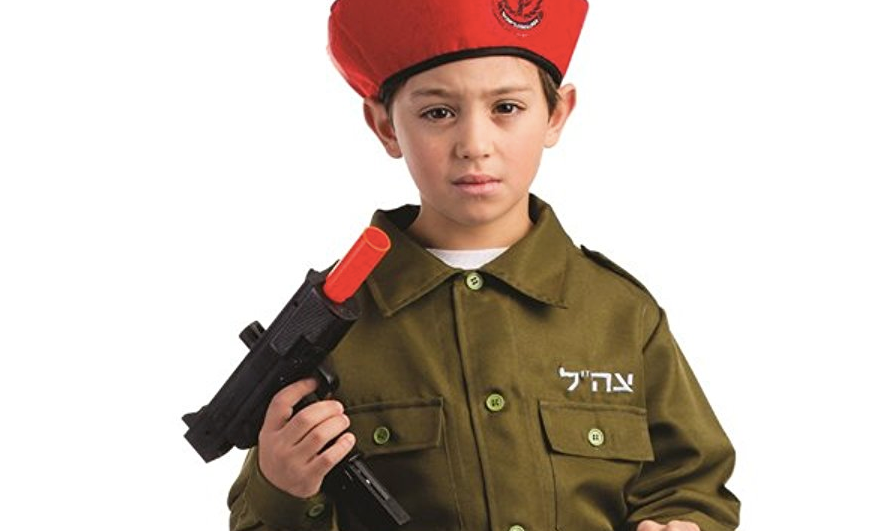 Amazon sells Israeli Defense Force costumes for kids – enabling the celebration of the violent oppression of Palestinian children, even though their own policy prohibits products that glorify hatred and violence.

Amazon needs to apply their own policy, follow the practice of other retailers in the U.S., and stop selling IDF costumes. Add your name and then tweet at them to make sure we get their attention:

Imagine being a Palestinian child and seeing another child dressed up as an IDF soldier at school or Halloween party. The shock and fear would be devastating.

In contrast Amazon doesn’t even need these sales – its CEO Jeff Bezos is the richest man in the world – and it’s likely the costume only continues to be listed because they haven’t come under pressure. That’s where we come in.

Two years ago Walmart pulled the same costume off it’s website after coming under fire, and just months ago Amazon pulled sales of white supremacist paraphernalia after they were flooded with complaints.

Now if we can create a huge public outcry that threatens their burgeoning brand, we can get Amazon to stop selling IDF soldier costumes. Add your name and then tweet at them:

Thanks for joining me and helping out with your voice. 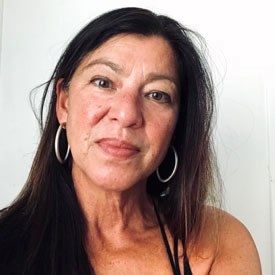 IN every ending there is a new beginning.

EXCEPT FOR ZIONIST ISRAEL, THE CIA PREDICTS THAT IN 20 YEARS THERE WILL BE NO ISRAEL AND A RETURN TO THE BEGINNING FOR PALESTINE.

Or maybe an end for u  all, our time is overdue. We are a mistake our genes are a mix of mammal and alien, AN EXPERIMENT THAT HAS GONE WRONG. THE  END  IS   NIGH.For me the sooner the better.You may all think I am crazy but think again, your belief in super beings your gods , makes you far crazier than me . This may be the end for us all, global warming rubbish all propaganda, is it? too bloody late we have set the clock ticking but too little too late.

The aliens look on and sigh, oh well it failed strange this race we created though we just have to destroy it and start again.

IN every ending there is a new beginning.

EXCEPT FOR ZIONIST ISRAEL, THE CIA PREDICTS THAT IN 20 YEARS THERE WILL BE NO ISRAEL AND A RETURN TO THE BEGINNING FOR PALESTINE.

Or maybe an end for u  all, our time is overdue. We are a mistake our genes are a mix of mammal and alien, AN EXPERIMENT THAT HAS GONE WRONG. THE  END  IS   NIGH.For me the sooner the better.You may all think I am crazy but think again, your belief in super beings your gods , makes you far crazier than me . This may be the end for us all, global warming rubbish all propaganda, is it? too bloody late we have set the clock ticking but too little too late.

The aliens look on and sigh, oh well it failed strange this race we created though we just have to destroy it and start again.

The Victoria’s Secret Fashion Show is one of the most anticipated fashion events of the year. But the iconic show is never far from controversy.

While steps have been taken to introduce models from a mix of ethnic backgrounds, the catwalk shows have often been criticised for featuring models with just one body shape.

And plus size or curve models don’t seem to get a look in, particularly when it comes to being chosen to wear the coveted Fantasy bra.

But one model is trying to change that.

Robyn Lawley, who was the first plus size model to grace the cover of Sports Illustrated in 2015, took to Instagram to call for a boycott of the show because of its lack of body diversity.“Let’s help change the minds of Victoria’s Secret to be more diverse and inclusive of body shapes and sizes on their runways!” she wrote in the post.

“Victoria Secret have dominated the space for almost 30 years by telling women there is only one kind of body beautiful – you can read more in the link of my bio why it’s so important to encourage diversity for our future daughters sake.”

As well as urging fans to snub the show, the 29-year-old model also posted a series of unedited behind-the-scenes photos from an underwear shoot.

In the caption, she urged people to sign a Change.org petition to inspire diversity.And instead of watching the show she’s urging followers to share images of themselves using the hashtag #WeAreAllAngels to show what makes them uniquely beautiful.

For every picture posted with the hashtag, ThirdLove will donate one bra to the non-profit agency Support The Girls that provides homeless women with bras around the country.

And the initiative has certainly gone down well with her fans as since posting it has garnered more than 2K likes and received hundreds of comments from followers praising her stand.

The lingerie industry has been making strides to be more inclusive of late. Earlier this year lingerie brand Figleaves made a stand against the usual body-perfect approach by released a campaign that celebrated women in all their diverse beauty.

In August 2013, I boldly took a stab at writing the history of Palestine (see here) because I suspected that many Americans, like me, didn’t learn this history in the U.S. public school system.

The Zionists defend their claim to the State of Israel on historical grounds, and so it’s important that everyone understands the historical events leading up to the current state of affairs.

A big part of my education about this history came much later in life when I read Professor Pappe’s book, The Ethnic Cleansing of Palestine (2006), looking at the history of the creation of the State of Israel from the contemporary documentary evidence rather than the myths and propaganda perpetuated by Israeli leaders over the past 60+ years.  I shared my thoughts about Pappe’s work here.

Most recently, a friend introduced me to this video, recorded in 2014, where Dr. Yasir Qadhi discusses…

ARMED robbers have robbed a gambling shop in Marbella.

It was an unusual time to carry out the robbery given it was during peak hours on a Friday night.

Two shots were fired but no one was hurt during the raid on Plaza Juan Macias.

It’s possible they were blanks used to scare off the crowds, police sources told Diario Sur.

The three men have yet to be arrested.

Theresa May‘s DUP allies have threatened to torpedo her Brexit plans and vowed to vote with Labour if the proposals breach their red lines.

Westminster leader Nigel Dodds said his party would not tolerate a border of “any kind” down the Irish Sea, effectively ruling out potential regulatory checks at Irish Sea ports as part of a backstop agreement.

Mr Dodds also indicated his party would walk through the voting lobbies with Jeremy Corbyn, despite their animosity towards the Labour leader over his perceived support for republicanism.

His remarks will come as a blow to the prime minister who needs the support of the Northern Irish party for any Brexit deal she secures with Brussels.

Mr Dodds told a fringe event at Conservative conference: “Let us be clear that for the DUP there will be no border of any kind down the Irish Sea – customs, regulatory, political, constitutional or otherwise because we are part of the UK and we will leave the EU together and as one nation.

“The danger of this Irish backstop is that it has the potential, to not only separate Northern Ireland from the rest of the UK, in any divergence that there may be from it, it also has the potential to shackle the UK for generations to come in its relationship with Europe.

“That is why it is critical that we get it right and the DUP will not be signing up to any backstop unless we are sure that every line of it complies with our requirements that I have set out.”

The Belfast North MP expressed concerns over “a resurgent Labour Party, which is fizzing with ideas and attracting a lot of support”.

Speaking to reporters after the event, Mr Dodds said his party would vote against any Brexit deal Ms May brought to parliament if it did not meet their requirements.

Asked if he would vote with Mr Corbyn, he said: “We have our red lines, we will make our judgement on the basis of what’s in the interests of Northern Ireland and the UK.”

Asked again, Mr Dodds said: “We will make the decision on how to vote on any proposition brought forward by the prime minister in respect of whether it meets our red line which is the integrity of the United Kingdom.

“If others join with us on that, great.”

At the same meeting, DUP leader Arlene Foster fired off a stern warning to Theresa May that her party could not accept a backstop arrangement that threatened the integrity of the United Kingdom.

She said: “We have to ensure that there is no border down the Irish Sea. We have to continue to have the integrity of our country maintained from a constitutional point of view and also from an economic point of view.

“We do absolutely want to see a deal that delivers for Northern Ireland and for the whole of the United Kingdom. But we are not going to allow the UK to be broken up by Brussels or by anybody else.”

She added: “[EU chief negotiator Michel] Barnier cannot annexe off part of the United Kingdom so he can say that that’s the way forward.

“We are not bluffing on this issue.”

The event was attended by a string of cabinet ministers – in a sign of the DUP’s strategic importance – including defence secretary Gavin Williamson, Northern Ireland secretary Karen Bradley and the chief whip Julian Smith.

It comes after Ms Foster said the Good Friday Agreement is not “sacrosanct”, insisting the landmark peace treaty could be altered to accommodate a Brexit deal.

In an interview ahead of the event, she said the historic agreement “could evolve” in the EU context and expressed frustration at warnings from pro-EU campaigners over Brexit’s potential to undermine aspects of the international treaty.