Jeremy Corbyn would be prepared to back a second referendum on the European Union if Labour activists support it.

The Labour leader insisted he was not calling for a public vote and believed a general election would be a better way to resolve the political crisis over the nature of the UK’s departure from the EU.

But, as the Labour conference began in Liverpool, a march of MPs, MEPs, union leaders and activists put pressure on the party to throw its weight behind a so-called People’s Vote.

More than 100 constituency parties have submitted motions calling for the issue to be put to a vote, with many activists believing that the aftermath of the rejection of Theresa May’s Chequers proposals by EU leaders is the right time to call for a fresh vote. 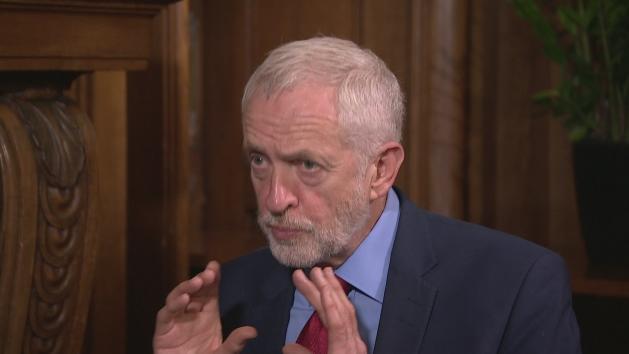 Labour leader Jeremy Corbyn says if Theresa May cannot get her proposals through then there should be a general election.

Mr Corbyn told the Sunday Mirror: “What comes out of conference I will adhere to. But I’m not calling for a second referendum. I hope we will agree that the best way of resolving this is a General Election.

“But I was elected to empower the members of the party. So if conference makes a decision I will not walk away from it and I will act accordingly.”

MORE: Pictures of the Week: Floods, fouls and Formula One
MORE: It’s official: northerners ‘are funnier than southerners’

And Deputy Labour leader Tom Watson told The Observer: “Jeremy and I were elected in 2015 to give the Labour Party back to its members.

“So if the people’s party decide they want the people to have a final say on the deal, we have to respect the view of our members and we will go out and argue for it.”

Their comments came as a YouGov survey of more than 1,000 Labour members for The Observer found 86% support a referendum on the outcome of Brexit talks, against just 8% who oppose it.

Even in the North and Midlands, where many Labour constituencies voted Leave in 2016, there was overwhelming support – 86% and 88% respectively – for a second vote.

Tory chairman Brandon Lewis said: “The last pretence that Labour ever respected the democratic decision of the British people is rapidly disappearing.”