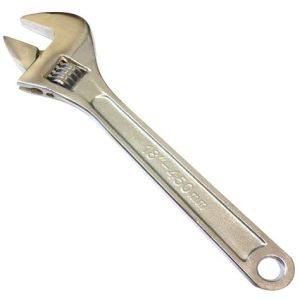 Grimstock left many comments on the articles providing more fascinating information.I asked him if he would like to write an article for this blog. He accepted and after much delay due to me and backlog of work, here it is.Interesting points I found in the article were the links to Bryn Alyn, the seeming intent on a moral crusade by the church combining with state ending with legal persecution and the role of the police and the sheer length of the operation.Operation Spanner Dissected by Grimstock be downloaded [1] or read here… Operation Spanner DissectedThe Spanner Operation 1983 to 1989:Whether by design or not, Operation Spanner had in effect been a cull of gay men by Church and State under the banner of “Christian Family Values”, using the camouflage and later addition of the Spannermen case and the cover of the false official story surrounding their arrests, which signalled the end of the police operation in 1987, with the final charges only being dtawn up two years later.There were two distinct separate parts to Operation Spanner;1) 1983 to 1986 covert raids on advertisers and responders to a gay magazine involving over 620 raids, of which no defendants or charges were forthcoming, but resulting in over 60 alleged suicides. This part of the operation was not publicised. From the information available. it may also be presumed that the alleged suicides were mostly, if not all, “potential defendants”.2) 1987 to 1989 The Spannermen case involving 16+ raids. This was carried out with full media coverage upon charging, including false claims and lies, and centred around visitors to a Bryn Alyn child abuse whistleblower’s address.Both of these sections had different and possibly multiple agendas and purposes, but all were carried out as attacks on gay men, gay practices and gay lifestyles, on behalf of the Church of England.Operation Spanner involved, in addition to the 16 Spannermen charged, between £4.5million and £6.5million in costs by the time the court appearances were under way. The controversy over the prosecutions and convictions had additionally served another purpose in the operation altogether.“The 1980s saw a new wave of social conservatism as Margaret Thatcher sought to enshrine Judaeo-Christian family values within the fiscal, legal and social fabric of the country. One result of this was Section 28 of the 1988 Local Government Act, which banned the promotion of homosexuality in schools. Section 28 pushed some key Thatcherite buttons — the rights of parents and supposed mismanagement of public funds — while it also conveniently discredited Labour-led local councils in the run-up to the 1987 election.”http://www.standpointmag.co.uk/node/6041/full (scroll down)It had been a four year long police operation from 1983 to 1987 ending in seeming epic failure, which grasped at straws and the spannermen both in desperation (and to a great degree retaliation) in order to try and justify both it’s existence and massive expenditure which finally ended in December 1990 with the incarcerations of the men.Naturally the final charges and sentences brought would have appeased Hames’s masters-the Church of England General Synod-whom had always sought to make examples of sex both outside marriage and in a gay context. (see : 1987 Church of England General Synod “Higton Motion” which had called for expulsion of homosexuals from the church together with the re-criminalisation of homosexuality, prior to being watered down by the Synod).http://bufvc.ac.uk/tvandradio/lbc/in…/0014600163007http://archive.churchsociety.org/iss…7Sexuality.pdfhttps://books.google.co.uk/books?id=…motion&f=false (start from page above)The spannermen raids, arrests and charges were carried out by Michael Hames and his teams.Many lies and smears were circulated (including links to child abuse) by the OPB and the media, resulting in the men, particularly during the trial, being beaten, kicked, shoved to the ground, and as I recall, one broken arm and a broken nose from having to walk a daily gauntlet surround