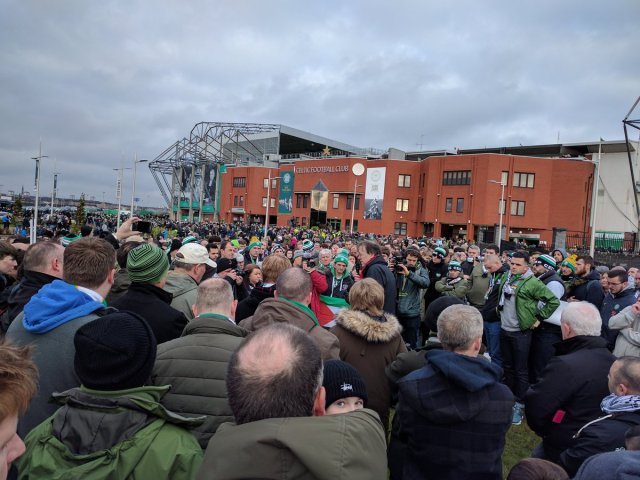 TODAY thousands of Hoops supporters assembled outside their stadium to see a cheque for £176,000 presented to Palestinian charities.Celtic fans handed over the donation ahead of their clash against Hearts.Medical Aid for Palestine (MAP) joined the director of the Lajee Centre in Glasgow for the handover of the cheque, which will be split equally between both charities.Celtic fans raised the cash in an attempt to match a Uefa fine for displaying Palestine flags at Celtic Park before the Champions League qualifier with Israeli team Hapoel Be’er Sheva.Medical Aid Palestine delivers health care to those “worst affected by conflict, occupation and displacement”, while the Lajee Centre, is a cultural and sports project for children in Bethlehem.